The glory of KSMU is spread worldwide and amongst its worldwide recognition, the University is duly approved by the Medical Council of India. KSMU offers a 6-Year program for MBBS in Russia and accepts application for admission from local as well as international students, including students from India. Applications for admission to KSMU are accepted based on merit and students are admitted on the first-come-first-serve basis.

Students from India who have qualified NEET can apply directly for admission to the MBBS Program of Kazan State Medical University. 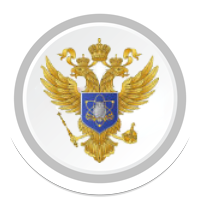 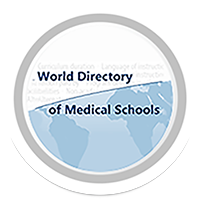 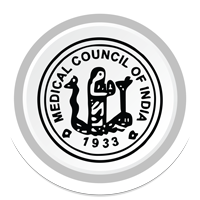 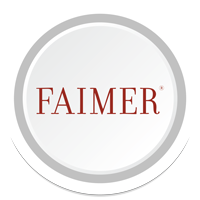 Foundation for Advancement of International Medical Education and Research (FAIMER)

Besides NEET-UG, there is no requirement to go through any additional entrance examination.

The University is more than two centuries old, and its glorious history is preserved for the world to see in seven different museums at the University open to all students and university visitors.

KSMU has perfectly blended the experience with the pace in modernity and technological advancements in medicine and has a well-developed and equipped infrastructure for its students.

For the clinical training of the students, KSMU has six modern hospitals. These hospitals are equipped with state-of-the-art technology to help students get world-class training during their MBBS in Russia as well as during residency programs.

Being a leader in medical education, research is paramount at KSMU, and students are involved in research work across a broad range of medical topics.

More than six hundred students from more than 30 countries studying medicine in Russia at KSMU makes this University truly international.

KSMU is internationally acclaimed for its quality medical education. The University has been a Global Health Education site for faculty, residents, and students from Yale School of Medicine, United States, for over two decades.

Until now, more than 60,000 students have qualified as doctors from KSMU, and the University continues to be home to thousands of medical aspirants from Russia as well as other nations worldwide. To make sure that international students don’t face any language barriers, KSMU has English-Speaking faculty, well-trained in competency-based education.

KSMU has a very strong alumni network members of which includes many prominent healthcare administrators as well as Ministers of Health in the Russian Federation.

Thanks to the unmatchable experience and expertise of KSMU faculty, well-developed infrastructure, and conducive environment, quality medical education, discipline, and holistic development are the hallmarks of KSMU, and its students are assured of their bright career from the day they enter the University.

The glory of KSMU is spread worldwide and amongst its worldwide recognition, the University is duly approved by the Medical Council of India. KSMU offers a 6-Year program for MBBS in Russia and accepts application for admission from local as well as international students, including students from India. Applications for admission to KSMU are accepted based on merit and students are admitted on the first-come-first-serve basis.

Students from India who have qualified NEET can apply directly for admission to the MBBS Program of Kazan State Medical University.

The Program for MBBS in Russia is focused on building a strong academic base with a pragmatic approach to education and medical research. To provide hands-on clinical experience, the students studying MBBS in Russia are involved in clinical training from the second year of MBBS. While education in classrooms and laboratories helps the students develop academic skills and sound

To get admission to the MBBS Program of Kazan State Medical University, you can apply online at Rus Education website.

Rus Education is exclusively authorized by the Russian Centre for Science and Culture (Cultural Department of The Embassy of the Russian Federation in India) to promote Russian Education among Indian Citizens. Rus Education is also an authorized associate of Kazan State Medical University. We facilitate one-window admission to the MBBS Program of Kazan State Medical University with no requirement of any donation or capitation and without any entrance examination.

Kazan State Medical University is situated in Kazan city, and KSMU students get the opportunity to enjoy everything this metropolitan city has to offer.

Described by The New York Times as a cultural hub for 1,000 years, Kazan is a beautiful city and offers a wide variety of exciting pursuits. Sophisticated offers of Kazan include cultural theatres, historic cathedrals, astonishing human-made architecture including more than 40 palaces, museums, vibrant restaurants and cafes, concert halls, libraries, and of course, exciting shopping centers.

Kazan city is home to about 1.2 million people and a UNESCO World Heritage Site and offers an ethnic mix of history, art, culture, and cuisines. Living expenses in Kazan city are significantly lower in comparison to cities in countries like America or Canada. That makes life in Kazan easier for students with limited economic means. The city is the education hub with nearly 2 lac students from more than 60 countries.

To help students easily settle in the new city, the KSMU offers an affordable hostel and mess facility to its students. So, students don’t need to worry about their accommodation or food.

For traveling in Kazan, students don’t face any problems as the city is well connected with various means of transportation, including buses, metro, railways, and river ports.

For recreation and all-round growth of the students, various sports activities and community programs are organized at the Campus, and students can pursue the interests of their choice. Along with local festivals, all other festivals and days, including Diwali, Holi, Eid, New Year, and Christmas, are well celebrated at KSMU. So, you will not feel missing at your favorite celebrations.

Students at KSMU get everything it takes to make a fulfilling life and bright career. All they need to do is get in there and put their best efforts into every opportunity that comes their way at the University. 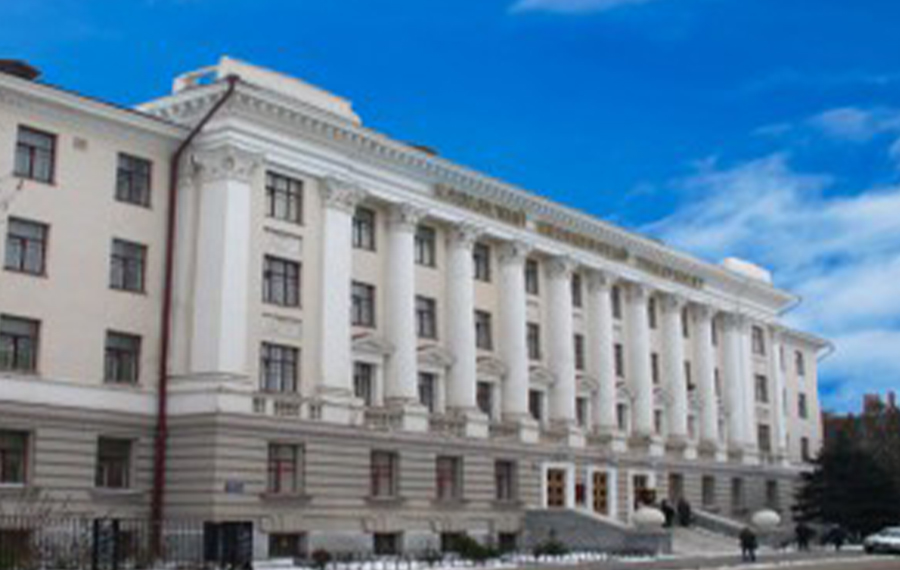 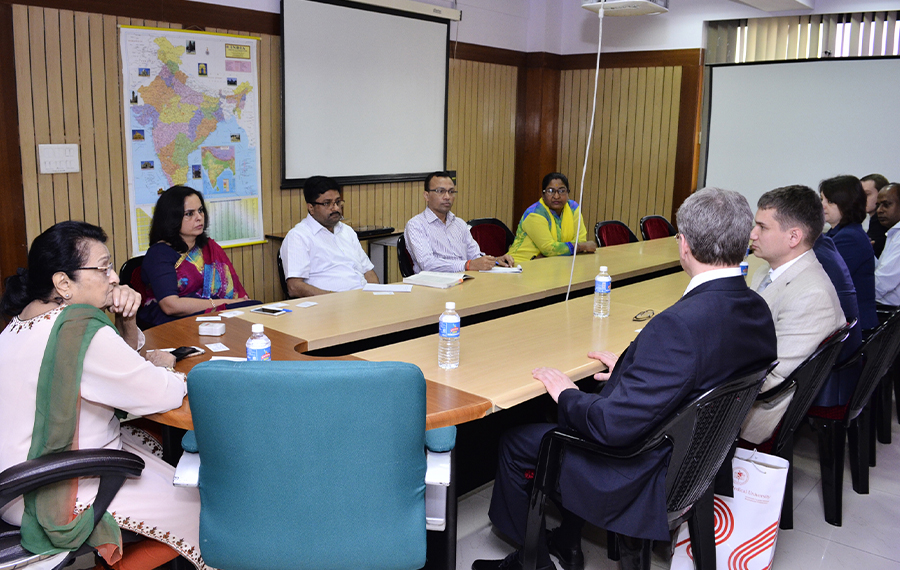 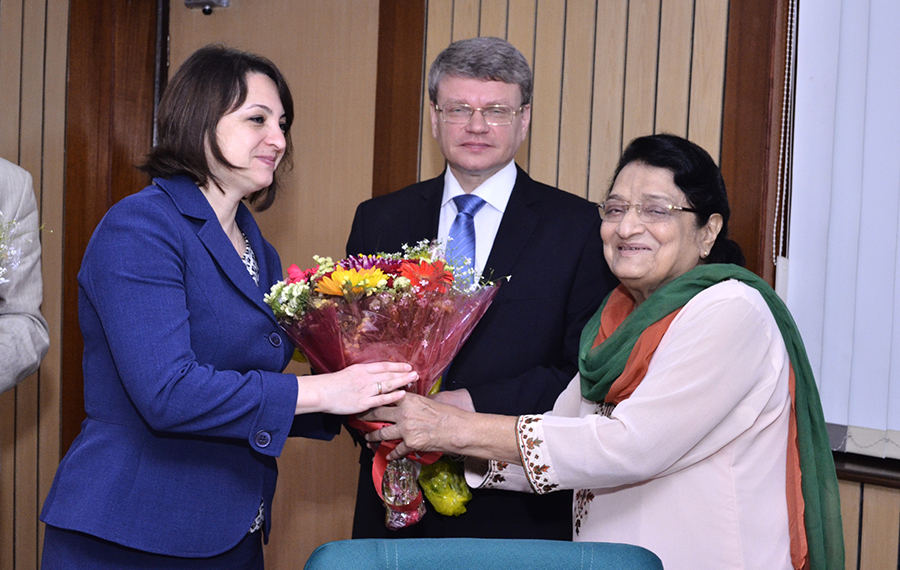 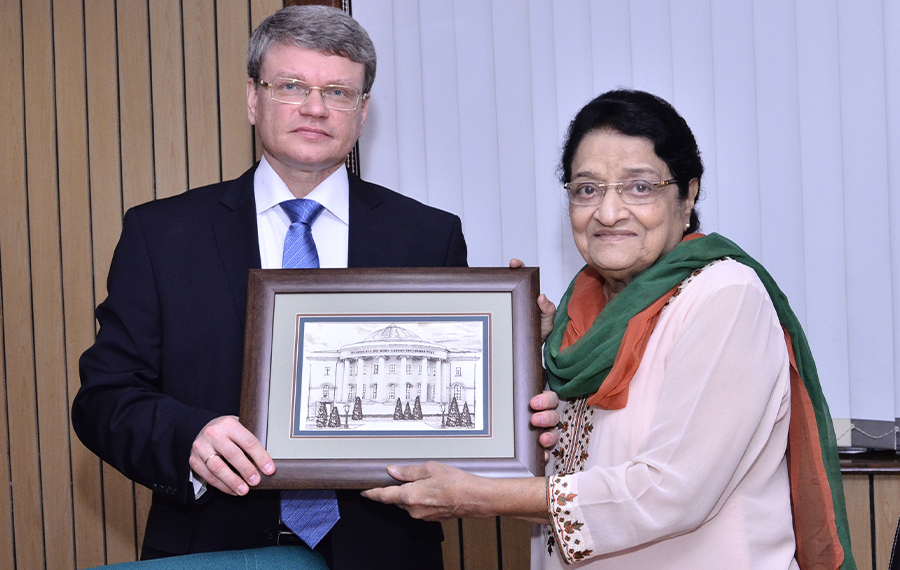 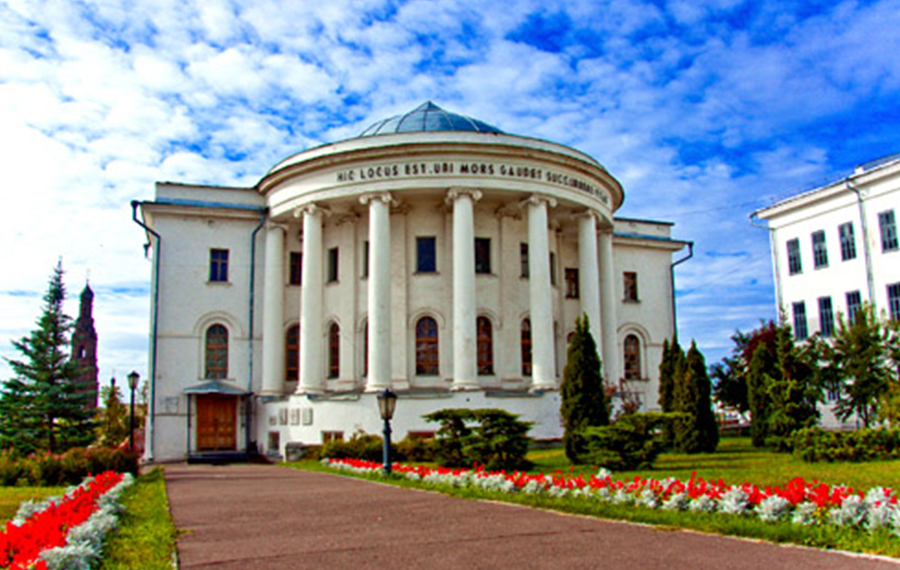 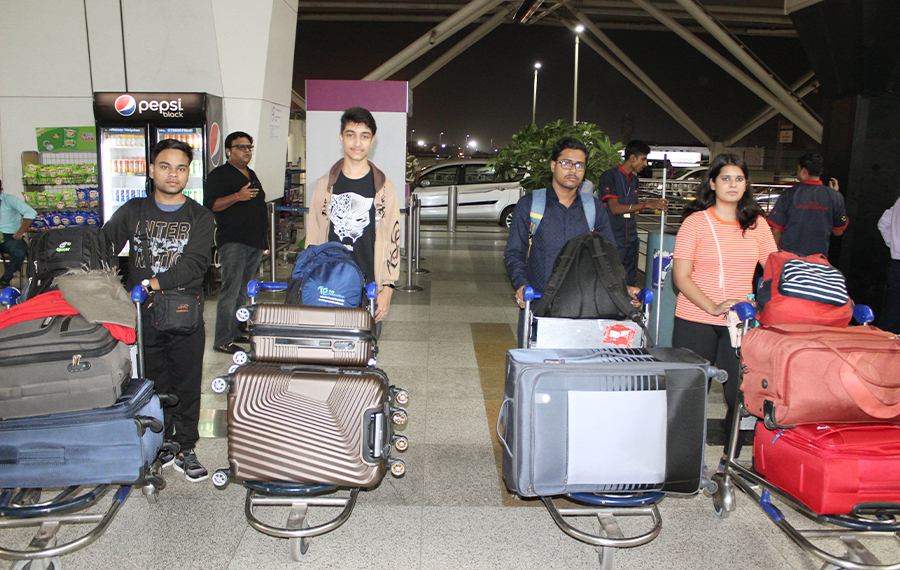 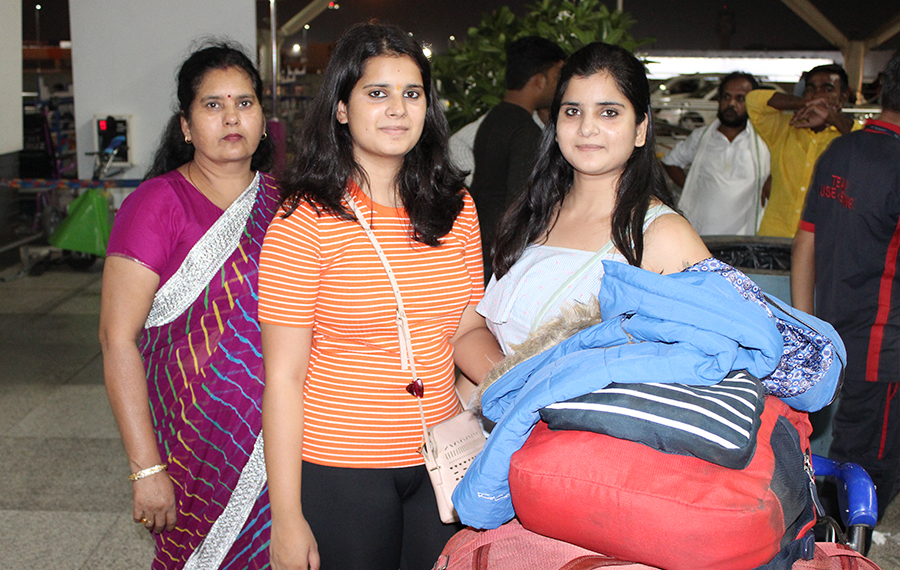 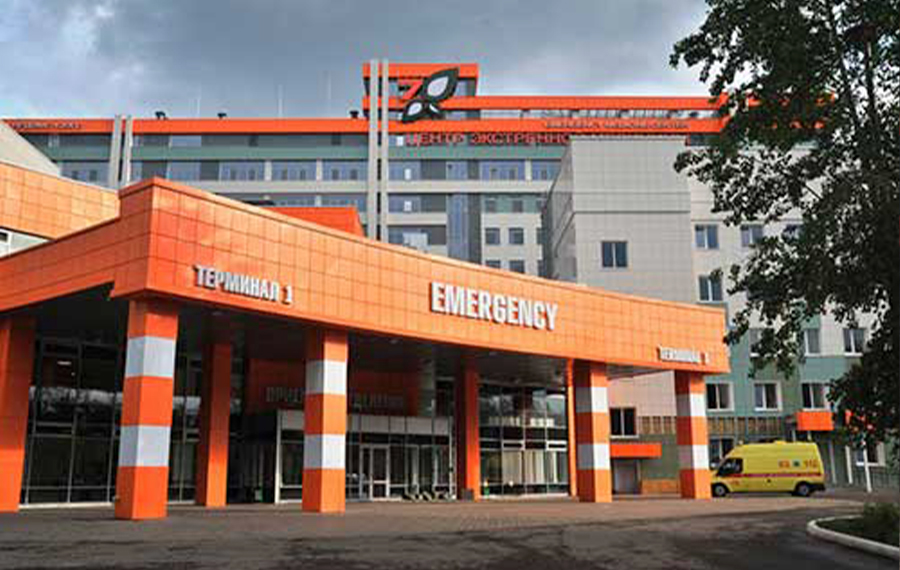 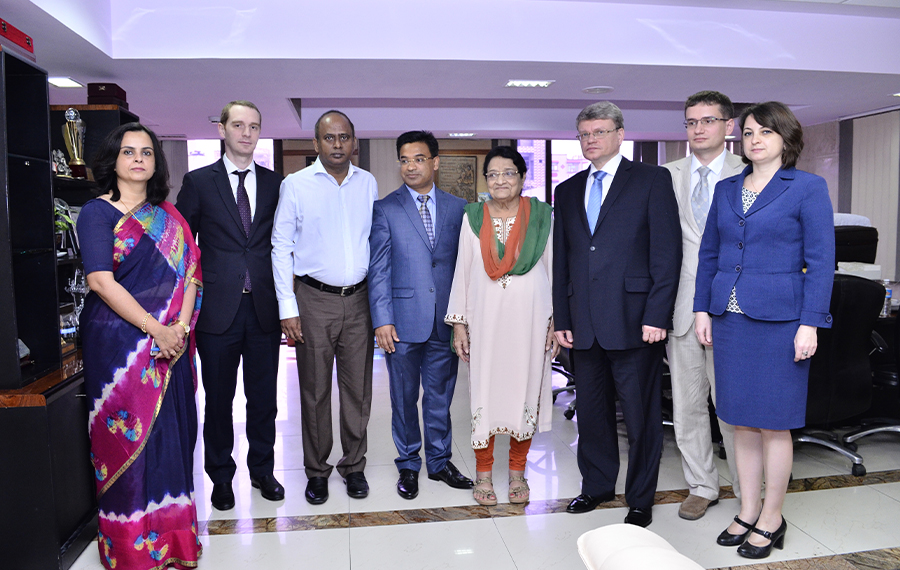